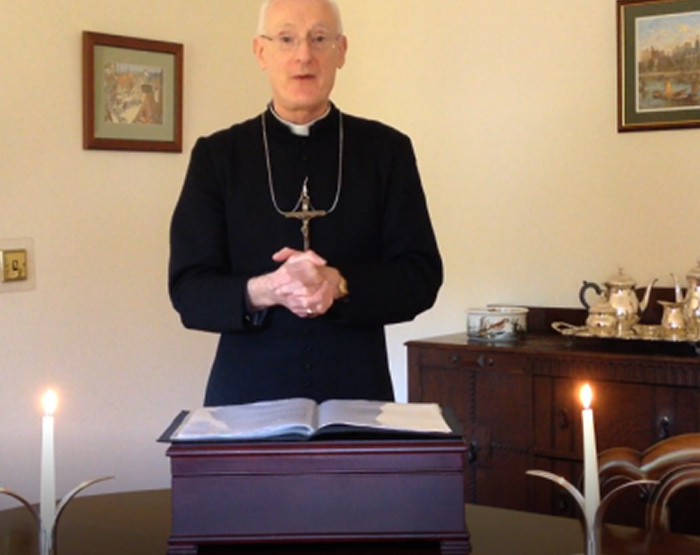 A Reflection on the Readings for the Third Sunday of Easter

A Reflection on the Readings for the Third Sunday of Easter

Peter addressed the people, ‘You Israelites, why do you wonder at this, or why do you stare at us, as though by our own power or piety we had made him walk? The God of Abraham, the God of Isaac, and the God of Jacob, the God of our ancestors has glorified his servant Jesus, whom you handed over and rejected in the presence of Pilate, though he had decided to release him. But you rejected the Holy and Righteous One and asked to have a murderer given to you, and you killed the Author of life, whom God raised from the dead. To this we are witnesses. And by faith in his name, his name itself has made this man strong, whom you see and know; and the faith that is through Jesus has given him this perfect health in the presence of all of you.

‘And now, friends, I know that you acted in ignorance, as did also your rulers. In this way God fulfilled what he had foretold through all the prophets, that his Messiah would suffer. Repent therefore, and turn to God so that your sins may be wiped out.’

While the eleven and their companions were talking about what they had heard, Jesus himself stood among them and said to them, ‘Peace be with you.’ They were startled and terrified, and thought that they were seeing a ghost. He said to them, ‘Why are you frightened, and why do doubts arise in your hearts? Look at my hands and my feet; see that it is I myself. Touch me and see; for a ghost does not have flesh and bones as you see that I have.’ And when he had said this, he showed them his hands and his feet. While in their joy they were disbelieving and still wondering, he said to them, ‘Have you anything here to eat?’ They gave him a piece of broiled fish, and he took it and ate in their presence.

Then he said to them, ‘These are my words that I spoke to you while I was still with you – that everything written about me in the law of Moses, the prophets, and the psalms must be fulfilled.’ Then he opened their minds to understand the scriptures, and he said to them, ‘Thus it is written, that the Messiah is to suffer and to rise from the dead on the third day, and that repentance and forgiveness of sins is to be proclaimed in his name to all nations, beginning from Jerusalem. You are witnesses of these things.’