Help for talking about and preparing for Death, Dying & Funerals

GraveTalk is a café space, organised by a local church, where people can talk about the big questions around death and dying. And when people have been able to think through what matters to them, and talk to their family and friends about dying and their funeral, it can be very helpful all round.

In the UK there has been a growing movement of “Death Cafés” but the GraveTalk idea was instigated by the Church of England and conversation is helped along by GraveTalk conversation cards – 52 questions covering 5 key areas – produced by the CofE.  There is a Facilitator’s Guide to help run the events, providing practical information and some theological reflection.

This Diocese has published a separate edition of the GraveTalk Facilitator’s Guide for use in the Isle of Man, with permission of the Church of England, detailing Manx laws and processes in the event of death.  Isle of Man Government in partnership with the Third Sector has an End of Life Care Framework, and the Manx GraveTalk resource has been incorporated in that as well.  The practical & legal information is already published on the Funerals page of this website.

The Manx Government’s initiative recognises, as does the CofE one and the Death Cafés, that most people don’t like to talk about death or dying and, generally, don’t know where to turn for support.

GraveTalk, a well-researched resource, has been developed to help people with exactly this process.  It can take place in a church hall, community centre or even a High Street café.  Have a look at the introductory information here.

The customised resource is available for anyone who’d like to run a GraveTalk Café in the Isle of Man. 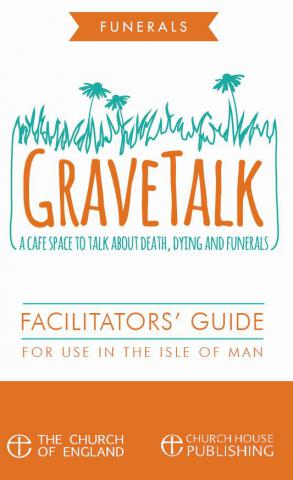