The Office of Reader in this Diocese

‘Readers’, also known as ‘Lay Ministers’, are volunteers from a wide diversity of occupations and backgrounds, who recognise a call to serve God and his world with the Anglican Church. They are authorised to preach and teach, to conduct or assist in conducting worship, and to assist in the pastoral and evangelistic work of the Church in the parish or area where they are licensed. 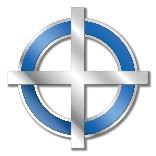 They work in teams with clergy and other church members in a variety of situations in the Isle of Man; in parishes, schools, prisons, hospitals, hospices, factories and shops, among seafarers and in the Armed Forces, with children and young people, the elderly, housebound and bereaved, and with those preparing for baptism, confirmation and marriage. Some are the leaders of a local congregation as ‘Local Ministers’ under the oversight of the Vicar or Rector of the parish in which the church belongs. In church Readers can be distinguished from their ordained colleagues by the distinctive blue Readers’ scarf, or, in informal services, a blue sweatshirt or badge.

Readers serve in most of the Island’s parishes. At present there are 27 Readers active in the Isle of Man, three of whom are Local Ministers. 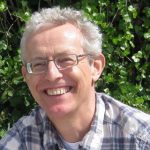 In the Isle of Man, the Warden of Readers
is Dr Graham McAll, who serves in Patrick.
His role as Warden is to encourage Reader Ministry.