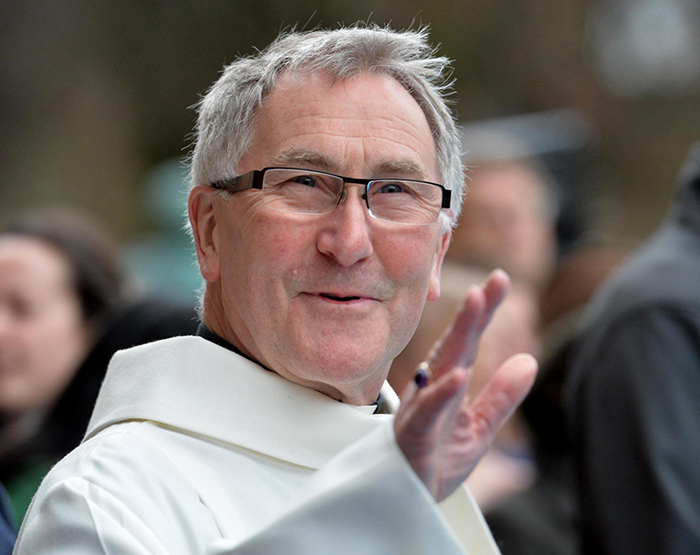 Bishop of Beverley to Retire in 2022

Bishop of Beverley to Retire in 2022

The Rt Revd Glyn Webster will be retiring from his role as Bishop of Beverley at Epiphany, 6 January 2022.

The Bishop of Beverley is a Suffragan Bishop in the Diocese of York, and a Provincial Episcopal Visitor, assisting in the pastoral care of those parishes that have petitioned for Extended Episcopal Care under the Act of Synod – the Ordination of Women to the Priesthood.

Glyn previously worked as a State Registered Nurse at the Royal Infirmary, Blackburn, before training for the ministry at Cranmer Hall, Durham. After eleven years as Vicar of St Luke’s York, and part-time Senior Chaplain of York District Hospital, he became the full-time Chaplain there. He served as Rural Dean of the Deanery of York for ten years. He was appointed as Canon Treasurer of York Minster in 2000, and appointed as Canon Chancellor in 2003. During vacancies, Glyn twice served as Acting Dean of York Minster.  Glyn was a member of the Crown Nominations Commission and during his time as Prolocutor for the Northern Province, he served on the Archbishops’ Council. In 2010, Glyn was appointed as Chaplain to Her Majesty The Queen, which he stepped down from after becoming a Bishop.

The Archbishop of York, Stephen Cottrell, said, “Bishop Glyn’s tireless ministry has been a huge blessing to many people and churches across the north of England.  I pray that in retirement he will find well-deserved rest, as well as new opportunities to serve the gospel he has preached and lived so faithfully over many years of ministry.  He is a wonderful example of the sacrificial and joyful love that is, and will continue to be, needed in order for us to live together well in our diversity and to witness to our unity in Jesus Christ.”

Bishop Glyn said: “As I approach my retirement from stipendiary ministry, I thank all those who I have had the privilege of ministering to.  I am also deeply aware of how much I have received from the many thousands of people I have had contact with in my life as priest and bishop. I pay a particular debt of gratitude to the clergy with whom I have been privileged to serve alongside.

“Serving in the ordained ministry has become much more complex and harder than when I was ordained in 1977 and I respect and admire all those who are presently serving their people, perhaps especially in our parishes, which is where the Church of England is routed and to be found.  In spite of the increasing complexities of ordained life, if I had my time over again – I would do exactly what I have attempted to do, namely so serve my dear Lord and His people.”

David Walker, Bishop of Manchester summed up the thoughts and appreciation of all Bishops of the Northern Province and said: “Bishop Glyn will be greatly missed. The radiance of his deep faith in Jesus Christ has shone in many a service, meeting and pastoral encounter. Through his leadership, Mutual Flourishing has been far more than a slogan, it has been central to how we have grappled with the diversity of church tradition. Bishop Glyn always saw himself as part of the episcopal team in the Dioceses, his total commitment to working alongside bishops and archdeacons has, along with his natural sensitivity to all concerned, helped bring many a complex or contested situation to a successful conclusion”.

Carl Schaefer, Vicar in the Parish of Goldthorpe and Hickleton, which has received extended oversight from Bishop Glyn, said: “Bishop Glyn will be really missed by many; he has worked hard to sustain the parishes in his care and has been tireless in his support for clergy and laity alike throughout the Province and beyond. His approachability and common touch, alongside his good humour have been particularly appreciated. We owe him our thanks and appreciation as he enters the next phase of his Christian journey in ministry”.