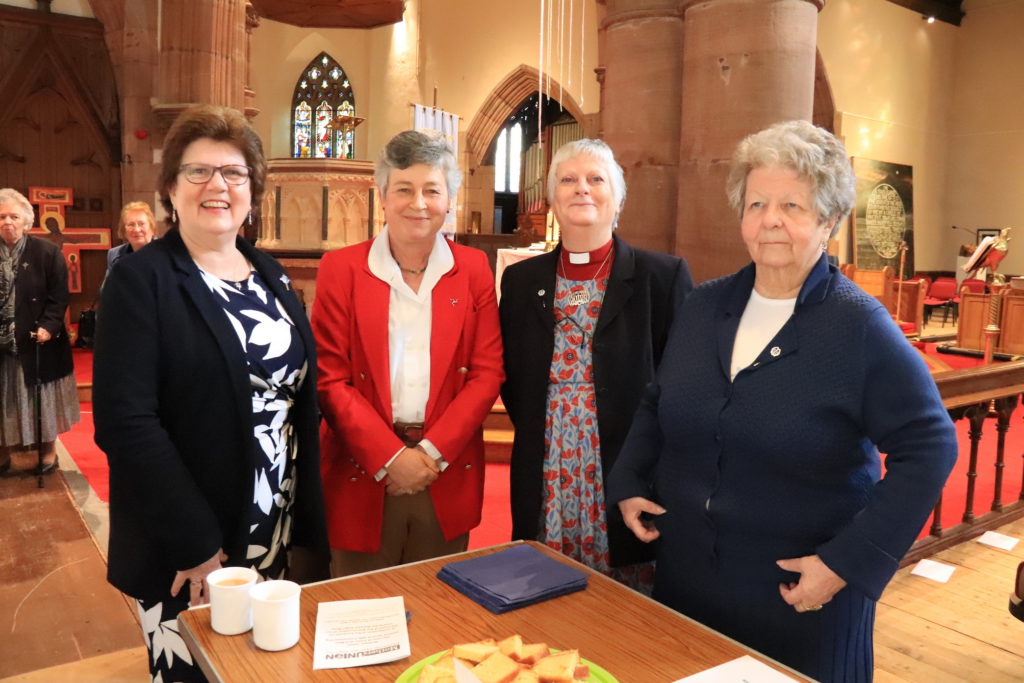 The annual Mothers’ Union Festival Service took place on Friday 25 March in Cathedral Isle of Man, Peel – the Mother church of the Diocese.

This joyful and celebratory Eucharist service, on the Feast of the Annunciation, was led by the Revd Canon Margaret Burrow and marked the beginning of a new triennium. The commissioning was held of a new Diocesan President by the Dean, the Very Revd Nigel Godfrey. For the next three years the post of President will be held by the Revd Jeanette Hamer (Minister for Michael), who has taken over the baton from Mrs Gail Eagles.

The Guest Speaker was to have been Mrs June Houghton, York Provincial President, but sadly she was unable to travel to the Island as she was isolating from Covid.

However, she and the World wide President, Sheran Harper in South Africa, were able to watch and listen to the service on the Cathedral’s live-stream as Jeanette read out her address.

Trustees for the Mothers’ Union were also commissioned and Long Service awards were also presented – including one for 60 years service to Mrs Elizabeth Sheen of Rushen Branch.

The Island’s patron and Mothers’ Union member, the Lady Philippa Lorimer (wife of the Governor, Sir John Lorimer) was also present along with the President of Carlisle Diocese Mothers’ Union, Dr Deborah Lee. Additional guests included representatives from the WI branches on Island.