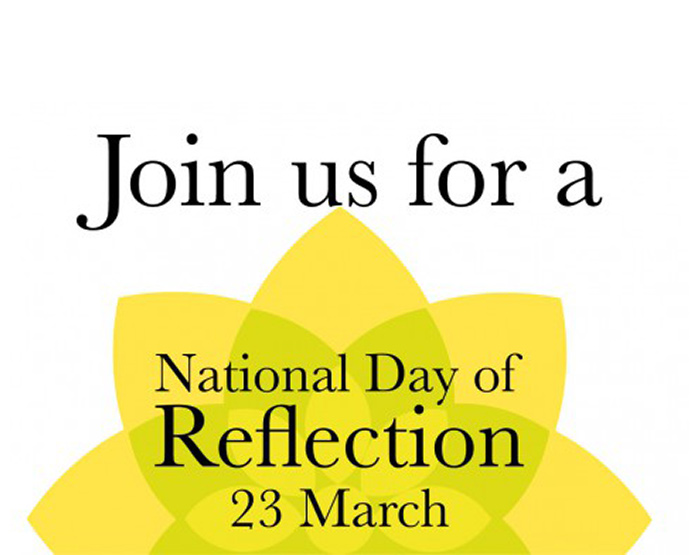 More than half of young adults have lost someone close to them over the past year, with this age group most active in helping to comfort the bereaved and organise funerals, according to new research on the impact of the pandemic published today by the Church of England.

People aged between 18 and 29 years old have been worst affected by bereavement since the first lockdown last year, with 51% reporting they lost someone close to them during this period compared to 31% of people aged 60 or above, a survey commissioned by the Church of England has shown.

In spite of this, the majority of 18 to 29 year olds, 54%, reported that they had been active in helping others cope with bereavement compared to 26% of people aged 60 or above. More than a quarter of young adults said they had helped organize a funeral in the last year compared to 7% of the older age group.

The online survey of more than 2,000 adults showed that nearly three quarters of people – more than seven in 10 – who wanted to attend a funeral over the past year were unable to do so because of the pandemic.

The majority of those surveyed said they believed the Church of England should provide both outdoor and indoor spaces for quiet reflection and prayer for those coping with death, dying and grief.

The findings have been released as Church of England cathedrals and parishes prepare to help mark the National Day of Reflection on Tuesday March 23, the first anniversary of lockdown. The day is being led by the Marie Curie charity and is supported by organisations including the Church of England.

Churches and cathedrals are being encouraged by the Central Council of Church Bellringers (CCCBR) to toll a bell at the end of the minute’s silence to be held at midday on March 23.

The words Reflect, Support and Hope will be projected in yellow on the front of Lichfield Cathedral, Blackburn and Leicester cathedrals will light thousands of candles to mark lives lost; two hundred tear drops will be suspended above the altar of St Edmundsbury Cathedral while and Chelmsford Cathedral will be transformed into a vibrant space of colour and light to remind people of the hope found in the darkness of the pandemic.

Revd Canon Dr Sandra Millar, who heads the Church of England’s work on funerals, said: “During this last year so many people have been unable to find comfort in their grief from being with others at a funeral or to hear a message of hope spoken.

“It has been particularly hard on many younger adults experiencing loss, perhaps for the first time, of grandparents and older relatives who may have been a key part of their lives.  But our recent research also shows that under 30s are leading the way in reaching out to those who are bereaved with practical help and support.”

Revd Jane Nattrass, Vicar of Gosforth Parish in Newcastle, said: “I want to give credit to the younger generation of adults. They have done a great service to families in helping them organise funerals, beautiful funerals. They’ve helped with tech to include as many people as possible; they’ve posted on social media to express sadness and gratitude.

“For some it was their parents, their grandparents, their brothers and their sisters. They’ve learned how to support in challenging times. In doing so they give us hope for the future. “

The National Day of Reflection has received backing from the Archbishops of Canterbury and York and the Bishop of Portsmouth, who is chair of the Churches Funeral Group.

The Archbishop of Canterbury, Justin Welby said: “This Day of Reflection is an opportunity to pause and remember all that’s happened over the past year, to mourn those who have died but also to give thanks for those who have looked after us and our communities. It is a moment to pray together to our Father in Heaven to comfort us in our grief and to lead us into the hope of the risen Christ and the eternal life he promises.

“As we reflect on the pandemic, may He strengthen our resolve to rebuild a kinder, fairer and more compassionate society, may He be with those who are struggling and may He guide us in honouring those we have lost over the past year.”

The Archbishop of York, Stephen Cottrell said: “The day of national reflection and remembrance will give us time to look back on the sorrows and difficulties of the past year and remember those who have died and those who have suffered so much.

“We will also be able to give thanks for the care we have received through our health service, but also in many other ways, not least the care we have been able to show each other in our local communities. The day will enable us to pray for a more just and caring world beyond the horrors of Covid.”

The Bishop of Portsmouth, Christopher Foster, Chair of the Churches Funeral Group, said: “The Day of Reflection will prompt us to remember and reflect on so much that’s happened in the past year.

“Nothing will be more poignant and heartfelt than our treasured memories of those who have died during the year and more of pandemic.

“As well as tens of thousands who have died directly of Covid-19 there are very many others whose dying has been so much more distant, and whose funerals have been smaller and different from what they and we wished.

“Each person we remember on this Day is special, loved by us and by God. This is a moment to recognise both our grief and also our thankfulness for that person, close and dear to us, who had died.”