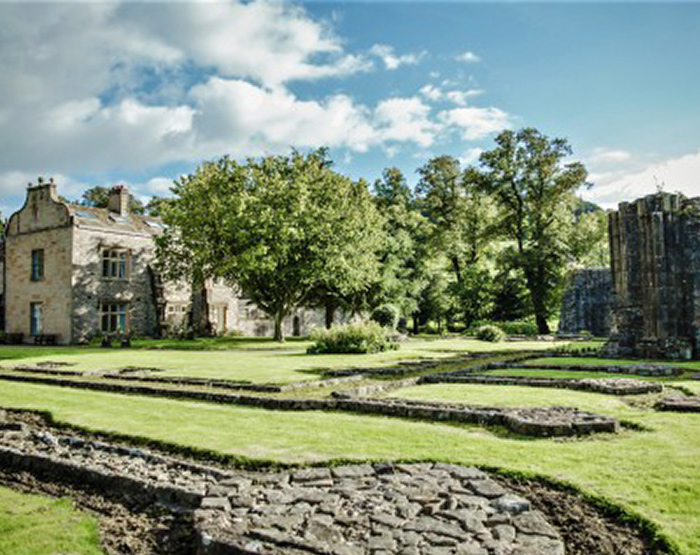 An exciting new chapter is about to begin at an ancient medieval Abbey in the North West of England with the announcement of a new Director for Whalley Abbey in Lancashire; alongside a fresh new purpose for the site, including establishing a new monastic community for the first time in nearly five centuries.

The Abbey is owned by The Church of England (Blackburn Diocese). It nestles on the banks of the River Calder and on edge of the picturesque village of Whalley; part of Lancashire’s stunning Ribble Valley.

The new Director will be Revd Adam Thomas, who is currently Curate at St Cuthbert’s Church in Lytham, also in Lancashire. Prior to ordination, one of Adam’s roles was Lake District National Park Authority Development Programme Director and Head of Commercial Services.

Adam will take up his new post on March 1 and will steer the Abbey’s life in a new direction during 2021 and beyond as we emerge from the pandemic. He introduces himself and shares initial thoughts about the Abbey’s future in this new video

Currently the aim is for the site to be fully reopened by September of this year as a Centre for Christian Discipleship and Prayer, pandemic restrictions permitting at that time of course, but the build-up will begin soon as bookings can be made from this Easter.

As well as launching an engaging programme to help people grow in their relationship with God, activities at the Abbey will all be underpinned through the development of a new monastic community of prayer; lay and ordained, resident and non-resident.

The Cistercian Abbey ruins date back to the 14th century and the neighbouring Abbey House and its chapel will be at the epicentre of the new plans.

Adam is enthusiastic about the future of the picturesque site and what it will be able to offer, not just to the Diocese and faith communities, but also to the local community and everyone living and working in Lancashire and beyond as well.

Speaking today Adam said: “I am so excited at this opportunity to ensure that Whalley Abbey is a place where all are welcome; where people can come for respite, rest and restoration.

“This is needed even more after what we have all been through in the past nine months. People are searching for a safe place to make sense of what has happened; to have time to reflect on what matters most in their lives and to dig deeper into a relationship with God.

He added: “My wife Cathy and I feel privileged to be a part of this new community and hope that everyone who comes to Whalley Abbey, for whatever reason, feels in their heart that the Abbey belongs to them.”

The Venerable Mark Ireland, Archdeacon of Blackburn and Chair of the Whalley Abbey Steering Group, commented: “I am absolutely delighted at the appointment of Adam as Director and I am also full of anticipation for what the future holds as we establish the new Centre for Christian Discipleship and Prayer.

“Adam brings to the Abbey a personal commitment to prayer; to forming deep disciples for Jesus Christ but also wide business and financial experience from his career prior to ordination.

“He will work closely with the Steering Group to help reconnect the Abbey with the parishes of the diocese; as well as enabling it to contribute significantly to the work of making disciples, being witnesses, growing leaders and inspiring children and young people that is part of our Diocesan ‘Vision 2026’.

“We have a strong business plan to make the Abbey a real spiritual powerhouse and place of learning, as William Temple envisaged when the Diocese was founded.”

Diocesan Bishop Rt Rev. Julian Henderson, the Bishop of Blackburn, added: “Adam’s appointment as Director is not only an important moment in the life of the Diocese but also in the history of Whalley Abbey; for The Church of England and our ecumenical partners and for Lancashire as a whole.

“The Centre will be an oasis of refreshment where visitors can meet with the risen Jesus Christ and where He can form them into disciples, witnesses and leaders; inspiring children and young people for the next generation.

“I fully support Adam and look forward to hearing many new stories being told in the life of a Christian site which was first established more than 700 years ago.”